As of 2019, business aviation using private aircraft showed North America dominating the global market with around two-thirds of the total number of aircraft under operation, while Europe came in second at 11%. One of the interesting phenomena was the year-over-year growth in the percentage of turboprops being used for private aviation vs. the traditional private jets.

In Europe, there were about 2,760 private jets and 1,351 turboprops operating, a 2:1 ratio. Clearly, turboprops are an important, and growing, segment of the market. Forbes magazine reported that in 2018, 27% of the total business aviation hours logged were on turboprops.

Interesting fact: the Pilatus PC-12 turboprop was the 3rd most used business aviation aircraft in 2020!

This brings up the question – what are the advantages of a turboprop over a private jet? Also, are turboprops as safe and as “luxurious” as private jets? 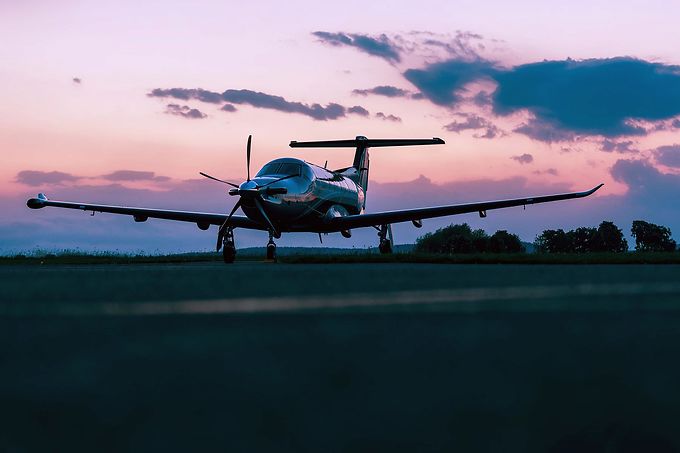 You can easily spot the difference in looks between the two types of aircraft – a traditional jet engine shows fans whirring inside but has a sleeker look than the turboprop which has prominent propellers on display in front of the engine.

Having said this, the appearances mask the fact that the modern-day turboprops are not using the old piston-driven propellers. In fact, they are fueled by a jet engine as well, it's just that the gasses produced by the jet engines help to turn the propellers (for a turboprop) as opposed to the thrust produced by fans inside the jet engine (for a conventional private jet).

A turboprop will deliver power faster at a lower operating cost.

The table below summarizes some general facts about what to expect from operating a turboprop vs. a private jet. 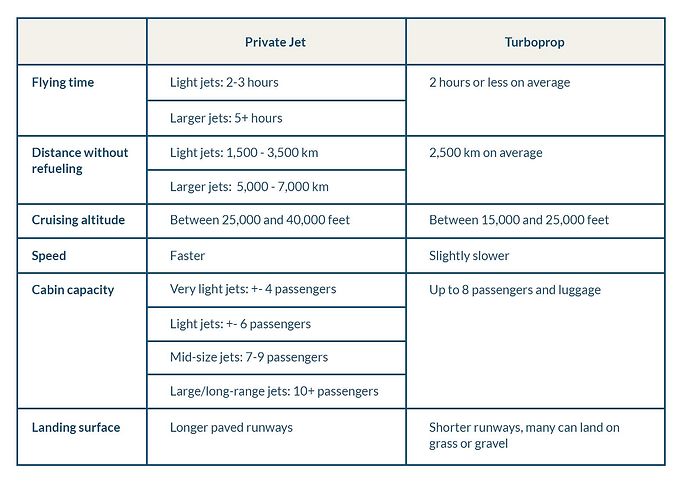 The characteristics and differences, between private jets and turboprops, create some clear advantages for the latter type of aircraft, as we illustrate below.

One thing that should stand out from the table above is that turboprops are best utilized when the distance to be traveled is around two hours of flight time, and especially if the takeoff and landing areas are not up to the standards of a modern airport runway.

Here, though, is the critical fact – the majority of flights on private jet flights are less than two hours. For example, a 2018 estimation found that 80% of the private flights undertaken in the US fell under the two-hour threshold. This means that most private aviation occurs during situations where a head-to-head comparison between turboprops and private jets can be done on their respective merits.

With that backdrop, let’s look at the many advantages of a turboprop.

Based on the fact that turboprops have the ability to achieve liftoff with more weight on board than a private jet, the turboprop can carry more people and luggage than the alternative. The equation tilts further towards the turboprop when traveling to small airports that cannot support operations for mid-size jets, so turboprops will come out as a clear winner.

While the full advantages come to the forefront for shorter flights, turboprops are usually cheaper than private jets for normally planned flights. The difference is heightened when traveling to smaller airports.

In general, a light private jet with comparable capacity can cost between €2,000-€3,500 per hour, while a turboprop such as the PC-12 can cost significantly less (sometimes half the amount).

Without a doubt, the turboprop scores big in this regard. It can take off and land on short runways, and on grass, gravel or uneven strips. This factor also arises in the context of a “balanced field”, which refers to the ability to abort a takeoff or stop abruptly as needed.

Due to the extra drag produced by the propellers, a turboprop has the ability to lose speed and stop as needed.

This feature of turboprops is why they are used for shorter hops to exotic locations and also utilized for disaster relief operations quite often.

For example, if you would be planning a skiing trip to Courchevel, the only way to get there would be by turboprop (or helicopter), as regular private jets are unable to land on such a short and challenging runway.

Learn more about which aircraft can land at Courchevel here 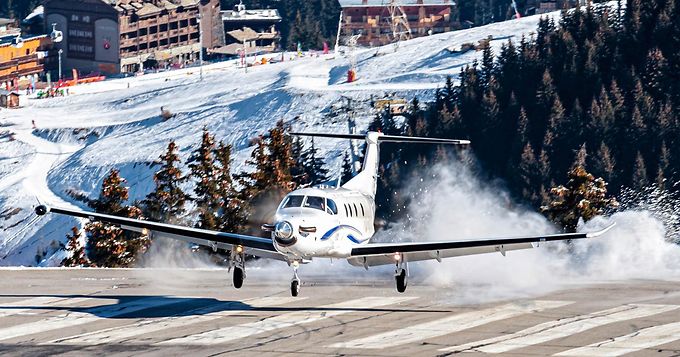 Based on the cruising altitudes, there is an understated element to flying on a turboprop that does not elevate beyond 30,000 feet and often flies much lower depending on the duration of the flight. In fact, it is not unusual to find turboprops flying below 20,000 feet.

Most of the air turbulence, when it occurs, is at altitudes between 25,000 to 35,000 feet, and it can get worse the higher you fly. This altitude band is the elevation at which commercial airlines and private jets tend to fly. If there is turbulence, the effect is likely to be even more pronounced on private jets, which have much lighter bodies than commercial planes.

In general, passengers flying on private jets could experience slightly more discomfort during turbulence, due to the higher altitudes they fly at. Those flying on turboprops at lower altitudes could be spared this inconvenience, although air turbulence can be significant again at very low altitudes, such as after take-off and during the approach.

A turboprop is every bit as safe as a private jet. As discussed, there is no difference in the basic technology in terms of utilizing a jet engine. Safety concerns may differ with a piston-driven turboprop, or a mono vs. a twin-engine, but that is not the point in discussion here.

Talking of appearances inside the aircraft, it’s a mistake to assume that the turboprop is some ancient, rickety contraption. Modern-day turboprops, such as the Pilatus PC-12 or the Cessna Executive Caravan 208, look absolutely as plush inside as any private jet.

On speed, the turboprop does fly a little slower than the private jet. But the difference is probably less than 20%. In other words, a two-hour flight on a turboprop may be taking 20-25 minutes longer than on a private jet. When you consider all the advantages, this is a minor factor.

Turboprops are a vital part of private aviation for both business and leisure. They are either superior or at par with other private jets in many circumstances, indubitably so over the duration of a relatively short flight. If you have any concerns, rest assured that most of them are based on anachronisms – the modern turboprop is a great way to travel to destinations that are hard to reach, and a cost-efficient solution for shorter distances.