Winglets are the really sleek-looking upturned parts that you can often spot at the tips of the wing on many types of aircraft – both commercial and private. As you may guess, they are not there for fashion, as with most things involved with aviation.

Rather, winglets are designed based on technology that was initially developed in the mid-1970s by NASA engineer Richard Whitcomb. 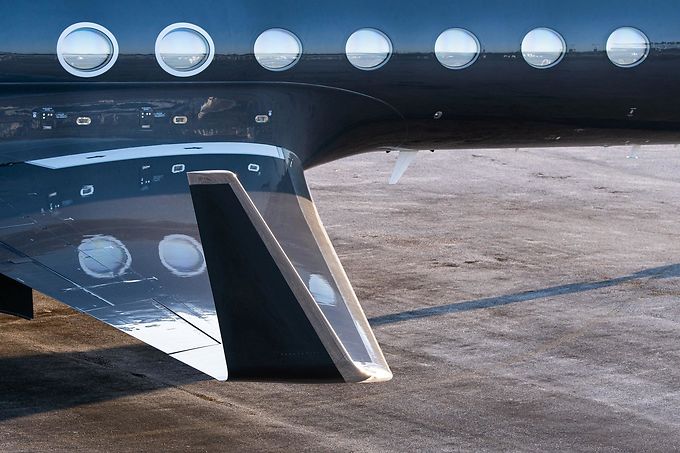 All aviators are aware of “lift” and “drag”.

Lift allows the plane to get airborne faster and fly more easily. Drag is the air resistance that effectively slows the plane down, reduces altitude and causes the aircraft to burn more fuel to overcome such resistance.

So, any modern airplane engineer is always looking for ways to improve the lift to drag ratio – in other words, improve lift while reducing drag to take-off faster, travel further and faster and reduce fuel consumption.

To see how winglets fit into this equation, we need to understand the science behind them.

The Vortex at the Wingtip

As the airplane moves forward, high pressure builds up under the wing, causing the air to spin up and flow off. This creates a vortex at each wingtip. These vortexes not only create significant resistance (drag) which the craft needs to overcome in order to move forward, they are often powerful enough to even disrupt the motion of nearby aircraft. 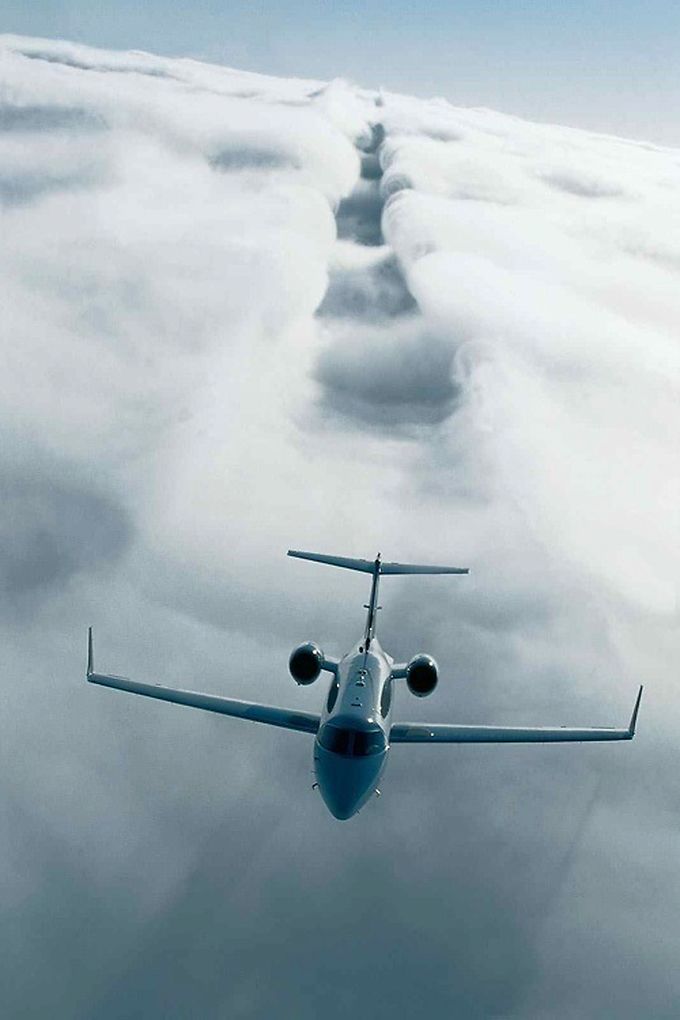 How Do Winglets Help?

While his theory was based on dynamic propulsion, and initially testing through computer simulations and wind tunnel experiments, Whitcomb predicted that using wingtips would enhance lift by 6-9% and reduce drag by a whopping 20%.

Subsequently, NASA and Boeing jointly tested out the new winglets in 1977 at the Dryden Flight Research Centers, flying KC-135 test aircraft fitted with 2.9 feet winglets designed by Whitcomb’s team. The test was a resounding success, showing a 7% boost in the lift to drag ratio and a 20% reduction in drag.

Winglets thus came to be a part of aviation for both commercial and private jets of various shapes and sizes. We discuss the commercial benefits in the next section.

How Do You Get Winglets Installed?

Obviously, people are not doing this for aesthetics alone, there is a significant economic benefit to installing a piece that could cost over 1 million euros. The statistics are in favor of installing wingtips.

Not only are winglets a lifesaver for private aviation, they produce big savings and improvements across all types of aviation.

The economics and logistics are even more compelling for private jets. 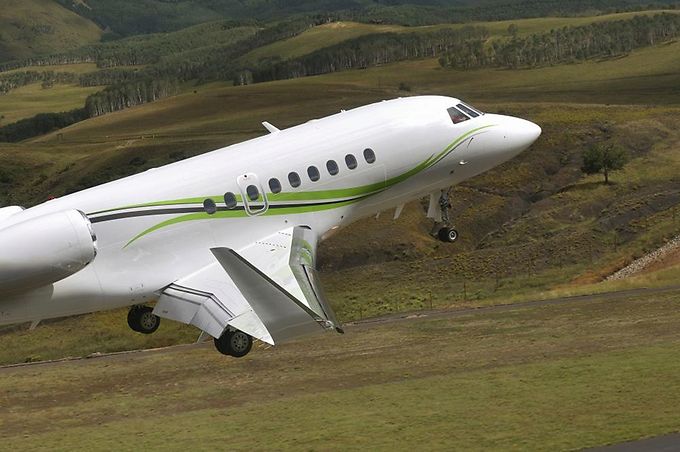 The main reason that winglets have become a critical part of private aviation is simple – efficiency and economics. While any aircraft can benefit from wingtips, the impact on private jets is even more pronounced than commercial aircraft, given that cost savings are spread over a handful of passengers as opposed to hundreds on a commercial flight.

Let’s take a quick look at the benefits, both qualitative and quantitative.

Winglets substantially boost the lift to drag ratio and reduce drag, as discussed above. In practical terms, this means that private jets with winglet extensions can get into the air faster.

This means that private jets with winglets can take off and land on airstrips with shorter runways, which in turn means that these aircraft are able to access more remote airports which may be inaccessible by other aircraft due to a shortened runway.

Private jets with winglets can reach higher cruising altitude, faster and stay there. This is a big plus, especially for corporate travel.

Mid and small-size private jets save tremendously on fuel when they use winglets, making the return on investment on the installation very tangible. For example, a mid-size corporate jet, such as the Cessna Citation X, is estimated to save up to 8% on fuel when flying with installed winglets. 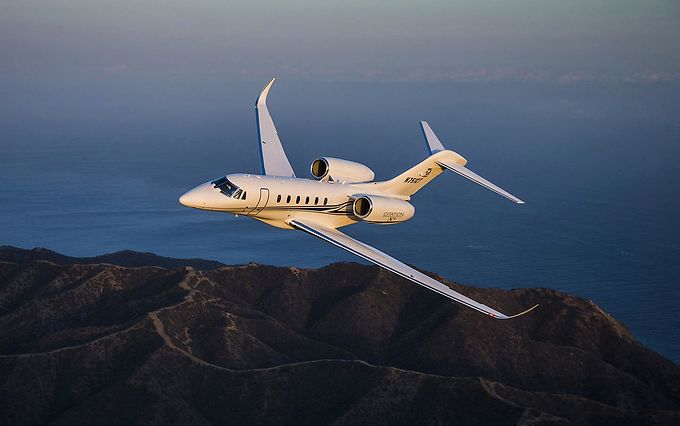 Continuing with Citation X with installed winglets as an example, here are some statistics:

Each of these factors will translate into fewer costs per passenger per hour of flight time. This not only pays back on the investment, but the operator can decide to pass some of the savings on its customers, thus creating a competitive advantage.

The enhanced speed and higher range greatly add to the convenience of the corporate traveler.

Given that travelers who fly on private jets value both privacy and luxury, noise in a smaller aircraft can be a source of some discomfort. Using winglets can reduce the noise inside the cabin by 6.5%, which can help significantly in this regard.

The outside noise is reduced by a similar amount, helping to decrease the noise footprint of private jets during takeoff. 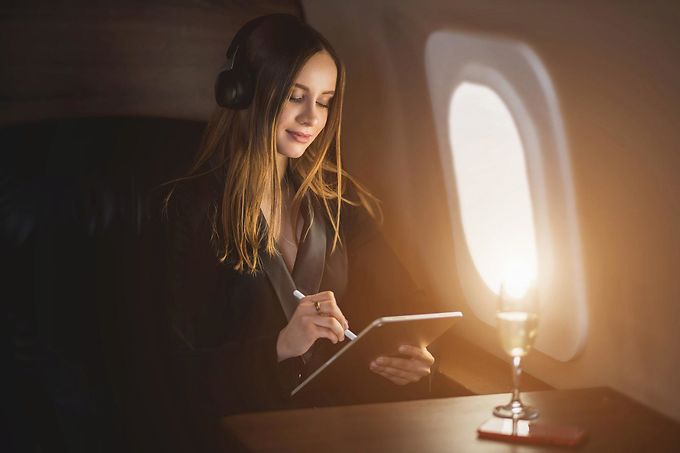 The winglets you can often spot out the window of a private jet do look sleek, but they are not around for show. They serve a vital function. They are the reason that you get somewhere faster, can access remote airstrips with short takeoff areas and end up paying less for your seat.